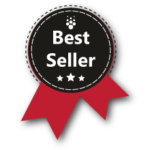 Be Pure! Be Vigilant! Behave! 2000AD and Judge Dredd: The Secret History

As 2000AD and Judge Dredd celebrates its 40th birthday, Pat Mills at last writes the definitive history of the Galaxy’s Greatest Comic, and the turbulent, extraordinary and exciting events that shaped it.

…Pat Mills is the creator of 2000AD and one of the comic’s top writers. He is also the creator of Action, co-creator of Battle, Misty, Marshal Law, Requiem Vampire Knight, Charley’s War (described as “the greatest British comic strip ever created”) and the black comedy text novel Serial Killer. As 2000AD and Judge Dredd celebrates its 40th birthday, Pat at last writes the definitive history of the Galaxy’s Greatest Comic, and the turbulent, extraordinary and exciting events that shaped it.

Be Pure! Be Vigilant! Behave! is the infamous slogan of Torquemada, the comic’s favourite villain. It once appeared on the Berlin Wall, and symbolizes the subversive nature of 2000AD that changed so many readers’ lives and influenced generations of film directors, actors, rock bands, novelists and even school headmasters. Everything you’ve always wanted to know about Judge Dredd, Slaine, Nemesis, ABC Warriors, Flesh, Bill Savage and more, is in this book. Plus the writers and artists who created them and the real-life people and events they drew on for inspiration.

The scandals, the back-stabbing and the shocking story that was regarded as “too sensitive” to ever see the light of day is finally told. Pat relates the dark story of the maths teacher who inspired his version of Judge Dredd, the creators’ angry battles with the censors and each other, why certain writers, stories and even readers have been banished from the comic, a step-by-step account of how Judge Dredd was created, and how to write or draw for 2000AD today. There are new insights on the 2000AD creators’ invasion of American comics, their failed French invasion, the Judge Dredd films, the forthcoming Judge Dredd TV series, other possible films featuring 2000AD heroes, the unusual secret of the comic’s current success, the tough challenges it faces today, and its exciting future.

From the hilarious origins when Judge Dredd writer-creator John Wagner and Pat began their careers writing together in a garden shed by paraffin lamp, to the tragic stories of legendary comic artists who have passed, and the challenges as 2000AD fought for survival against The Suits determined to destroy it, this is a unique, personal, and passionate account by the man who made 2000AD happen. Funny, sad, angry, defiant, and outrageous: it’s the Comic Book memoir of the year

Pat Mills is the creator of 2000AD, now in its 40th year, and still writes for the Galaxy’s Greatest Comic. He is also the creator of Action, and co-creator of the following: Battle, the girls supernatural comic Misty, Marshal Law, Requiem Vampire Knight, the anti-war saga Charley’s War, described as “the greatest British comic strip ever created”, and the black comedy text novel Serial Killer. For 2000AD, he developed Judge Dredd, and, with the artists, created Mach One, Savage, Slaine, Harlem Heroes, Flesh, Nemesis, Greysuit, Defoe, ABC Warriors and Ro-Busters. As well as Third World War for 2000AD’s Crisis, which led to the 2000AD series Finn. Although he wrote Punisher 2099 for Marvel, Metalzoic and Batman for DC Comics, and Marshal Law for Marvel Epic, he is one of the few British writers to be uninterested in mainstream American superheroes and prefers instead writing for the French comic book market with series like Sha and Requiem Vampire Knight (available in English language edition through Comixology). His Accident Man, co-created with Tony Skinner, is now a film starring Scott Adkins.

BE PURE! is published by Millsverse and the paperback and kindle editions can be purchased by CLICKING HERE

3 reviews for Be Pure!

These Are Such Perfect Days