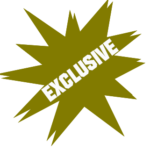 Anne becomes obsessed by the old Watch House when she goes to stay with elderly relatives in Gamouth. The old building is bound to be full of restless spirits of long-dead sailors – but what do they want with Anne?

Who is writing the messages in the dust? What is the story behind the huge skull in the old Watch House? Alone and unhappy in Garmouth, Anne knows the shadows are following her. Spirits of long-dead sailors who won’t rest. And from behind its empty windows, the Watch House is watching her…

THE WATCH HOUSE is the first ghostly story for young readers written by noted author Robert Westall.  Originally published in 1977, it was adapted for television by the BBC in 1988.

This brand new audiobook edition marks the first time the classic spooky story has been performed in audio.

With music by Purple Planet Music.

Robert Westall was an English author and teacher best known for fiction aimed at children and young adults. In the latter case, some deal with complex, dark and adult themes. He has been called “the dean of British war novelists”. His first book, The Machine Gunners, won the 1975 Carnegie Medal for the year’s outstanding children’s book by a British subject. It was named one of the top ten Medal-winning works for the 70th anniversary celebration in 2007. Westall also won a second Carnegie (no one has won three), a Smarties Prize, and the once-in-a-lifetime Guardian Prize.

Georgia Maguire trained at LAMDA and is a highly experienced audiobook performer. Georgia is also an improviser and writer. Improvised comedy ‘Love me till Monday’ was nominated for Best Newcomer at the London Film Festival.

The Sound Within Collection

The Just So Stories